The term “going green” typically refers to a shift toward more environmentally conscious practice. However, in the smoothie world, the term indicates more nutritionally conscious behavior. Although there are many green fruits and veggies that taste great when thrown into a blender with some protein powder and almond milk, spinach is the OG ingredient in a green smoothie. Superfoods like avocados and kale are among the most popular nowadays, but spinach was first to plant a flag in the nutrient-rich ground of smoothie recipes and stake its claim to the term now trendy term “green smoothie.”

There are few treats more enjoyable than a creamy, post-workout smoothie. A delicious smoothie is simple, easy and a great way to fill up and recharge after exercise. Moreover, a green smoothie is great way to consume green veggies without the normal taste or flavor they offer when eaten raw or even cooked. It’s almost magical what happens when you throw a bunch of different nutrient-rich ingredients into a blender and somehow the final product tastes delicious.

Of course, not every ingredient in a spinach or green smoothie has to actually be green, so get creative and mix things up. Some of the tastiest and healthiest ingredient options include: bananas, mango, strawberry, blueberry, pineapple, Greek yogurt, hemp seeds, flax seeds, frozen fruit, almond butter, avocado, chia seeds and peanut butter. Using these ingredients are a great way to get key nutrients like Vitamin A, Vitamin C, and healthy fats, as well as others that are not contained in spinach.

With anti-inflammatory pineapple and ginger, and a hefty dose of your daily greens, this smoothie is perfect for post-workout recovery”

“I call it the green supreme,” Whitney says. “In a blender, combine two handfuls of spinach, a half of a frozen banana, one cup of frozen pineapple, one cup of vanilla soy milk, one tablespoon of chia seeds and a fourth of a teaspoon of fresh-grated ginger.”

Almond milk and soy milk are both healthy liquid bases that are thicker than orange juice or water but serve as a good creamy, diary-free, plant-based option (and gluten-free). For those who don’t like the taste of almond milk or have nut allergy, coconut water is a great substitute.

The next time you’re in the mood for a creamy, delicious, nutrient-rich smoothie, consider going green and making it a spinach smoothie.

Watch Whitney blend her “green supreme” spinach smoothie in the video below. For more of Whitney, check out her article on vegan protein options. 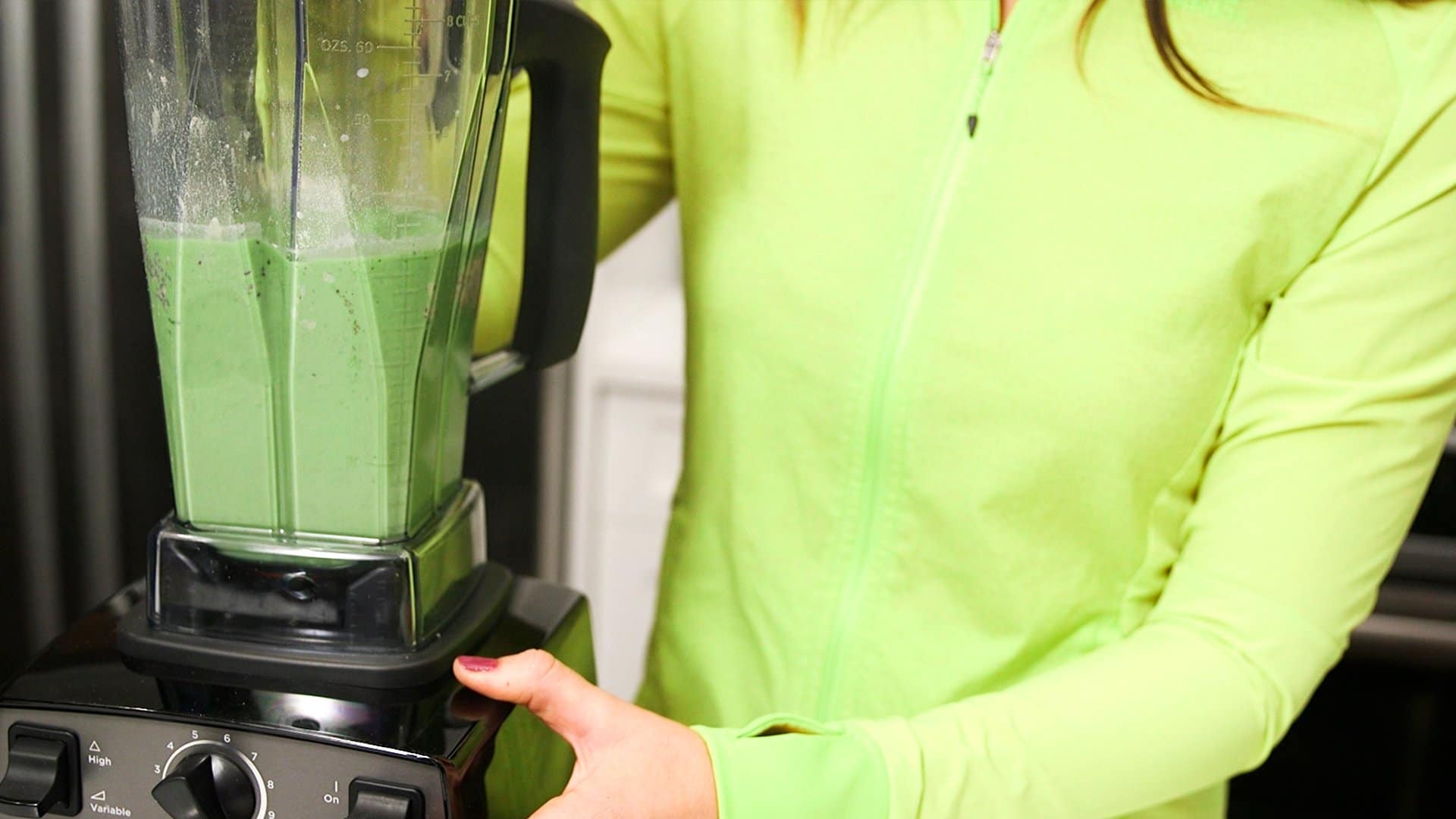