Rowing machines might be the most undervalued workout equipment in health clubs. When it comes to weight training and endurance conditioning, this machine does it all.

Rowing equipment offer a great upper-body workout, as it exercises the shoulders, upper back, and lower back. That means that this machine can help with improved posture and also a reduction in back pain. In addition to strengthening muscles, it also puts your conditioning to the test. It’s also considered a cardio workout because it requires a recurring motion that expends lots of calories.

“If you are looking to change things up in your cardio routine, you have to try the rowing machine”

Rowing machines have seen a notable rise in popularity in recent years, in part because of its depiction in movies and on TV.

Famed movie director and TV producer David Fincher, known for such work as “Fight Club,” “Zodiac,” “Gone Girl,” and “Mindhunter” to name a few, is celebrated both for his technical skill and his insightful commentary on society. When it comes to health and fitness, Fincher has not held back. “Fight Club” is an obvious tribute, but there are more subtle examples as well. In Netflix’s “House of Cards,” a series Fincher produced, main character Frank Underwood receives one from his wife as a delicate way to judge his weight. Then, in Fincher’s “The Social Network,” main character Mark Zuckerberg, played by Jesse Eisenberg, is juxtaposed to the Winklevoss twins, who were Olympic rowers at the time of Facebook’s conception. Fincher filmed the Winklevoss twins training in a rowing machine to show their commitment to fitness.

This machine’s consistent onscreen use in “House of Cards” made the equipment a popular Google search. And while the equipment used in the show gets the job done, so do rowing machines at your local health clubs. If you would like to start using this, watch the tutorial with Gideon!  Make sure to see more of Gideon in his 60 Second Ab video. 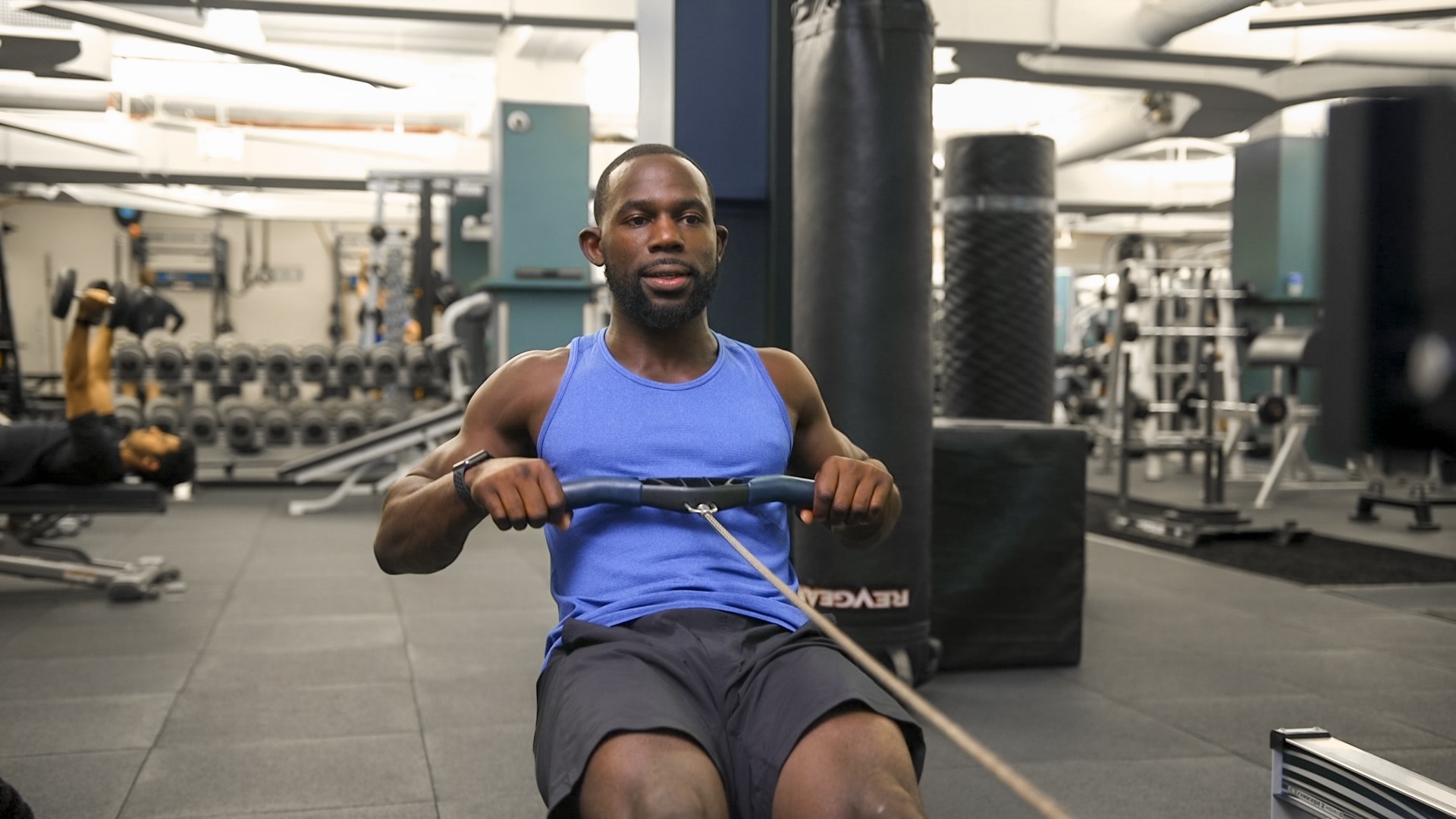