Skiing vs. Snowboarding Complete Guide: Which is Easier to Learn and a Better Workout?

When it comes to outdoor exercise, the winter months offer both challenge and opportunity for many parts of the U.S. and Canada. With snow and freezing temperatures often in the forecast, going for a light jog in the park or on a trail may be hard to do in running shoes. However, hitting the slopes is an annual highlight for many who live near the mountains, as skiing and snowboarding serve as exhilarating recreational activities and outstanding workouts.

One question worth considering, for lifelong slope enthusiasts and beginners alike, is this: how do skiing and snowboarding compare? Those who go infrequently may prefer to stick with whichever activity they have already mastered. But anyone who can do both or neither may want to factor in fitness when deciding whether to saddle up on two skiis or hop on a hands-free board.

Naturally, it’s difficult to compare the workouts, because there are countless factors that will determine the rigor of a workout on the slopes, such as duration of the ride, difficulty of the slope, wind resistance, temperature and an individual’s level of fitness (bodyweight, endurance, etc.) at the time of the exercise. With that said, here are some things to keep in mind this winter:

Skiing and snowboarding are great workouts. There’s no need to fear buyer’s remorse here. Whichever activity you choose, you can count on a killer workout and tons of fun. The non-profit trade association Snowsports Industries America notes that alpine skiing burns 500 calories an hour and snowboarding burns approximately 450 an hour, according to Outside.

Snowboarding requires more balance. Skiers can rely on their poles to help keep them from falling (it still happens) and can alternate weight from left and right skis, whereas snowboarders have to keep their board at the appropriate angle to stay upright. This is why Scott Faucett, a team doctor for the U.S. Ski and Snowboard teams, told Men’s Journal that snowboarding is better for your core.

Leg muscles bear the brunt of the workout. With so much bending, sliding, twisting and pressing into your skiis or board, any leg workouts done in advance of your trip to the mountain is sure to pay off on the slopes. Squats and lunges will target quads, hamstrings and glutes, but cardio exercises like running and cycling are also great preparatory workouts. 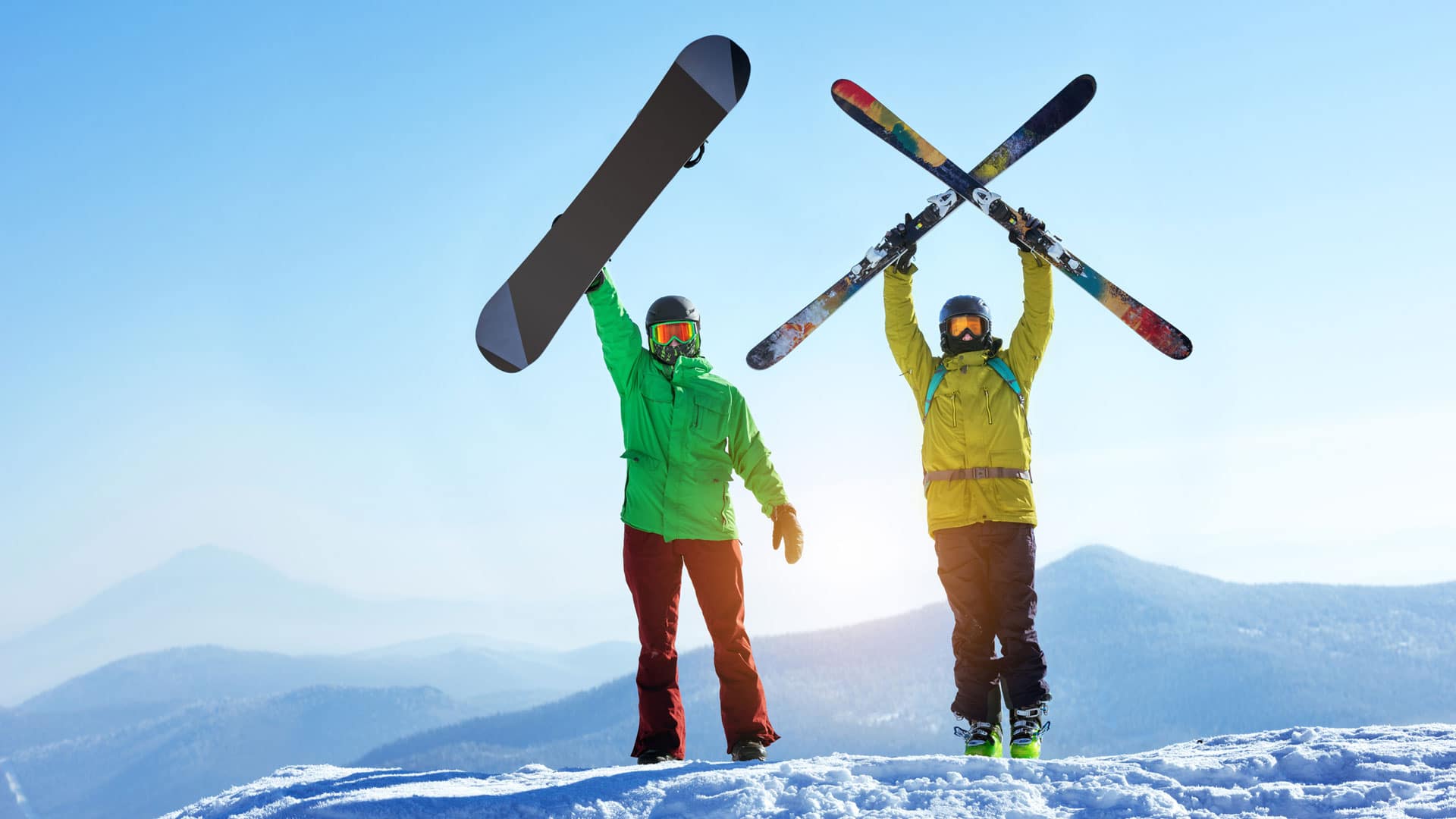