Why Sweating is a Good Thing: 5 Health Benefits of Perspiration

Depending on the context, sweat can often get a bad rap in our modern world. With such a high social priority on hygiene and sanitization, the body’s natural perspiration often gets met with disappointment, if not outright disdain. Climate controlled buildings and cars have become standard in first world countries and many deodorants offer “anti-perspirant” properties.

Still, beyond the overlapping benefits that accompany exercise and time in the sun, there are three significant benefits specific to sweating, according to Healthline. These include the detoxification of heavy metal, the elimination of unnatural chemicals that may be harmful to the body and bacterial cleansing.

Excessive amounts of heavy metals, which can be consumed through ordinary household products and non-organic foods, can lead to pernicious health problems. A 2016 study from the National Institutes of Health (NIH) discovered that heavy metals were released through both sweat and urine, with a higher concentration in the sweat. Likewise, harmful bacteria and man-made chemicals can also be excreted via sweat. Epsom salt baths common method of detoxification, for those days when sweating simply doesn’t fit your schedule and bandwidth.

In addition to working out, what are some easy and practical ways to sweat more? Besides going outside when it’s warm, gyms and health clubs often provide sauna and steam room access to members, both of which will get you sweating in a matter of minutes. A 2018 study from Mayo Clinic reached the following conclusion about saunas:

Beyond pleasure and relaxation, emerging evidence suggests that sauna bathing has several health benefits, which include reduction in the risk of vascular diseases such as high blood pressure, cardiovascular disease (CVD), stroke, and neurocognitive diseases; nonvascular conditions such as pulmonary diseases including common flu; mortality; treatment of specific skin conditions; as well as pain in conditions such as rheumatic diseases and headache.

Rather than hyper-focusing on sweating more, strengthening your resolve to maintain consistent exercise habits is probably the best practical solution to increasing perspiration. With that said, you may discover substantial health improvements by spending a few extra minutes in the sauna and steam room, or just enjoying warm weather in the great outdoors. 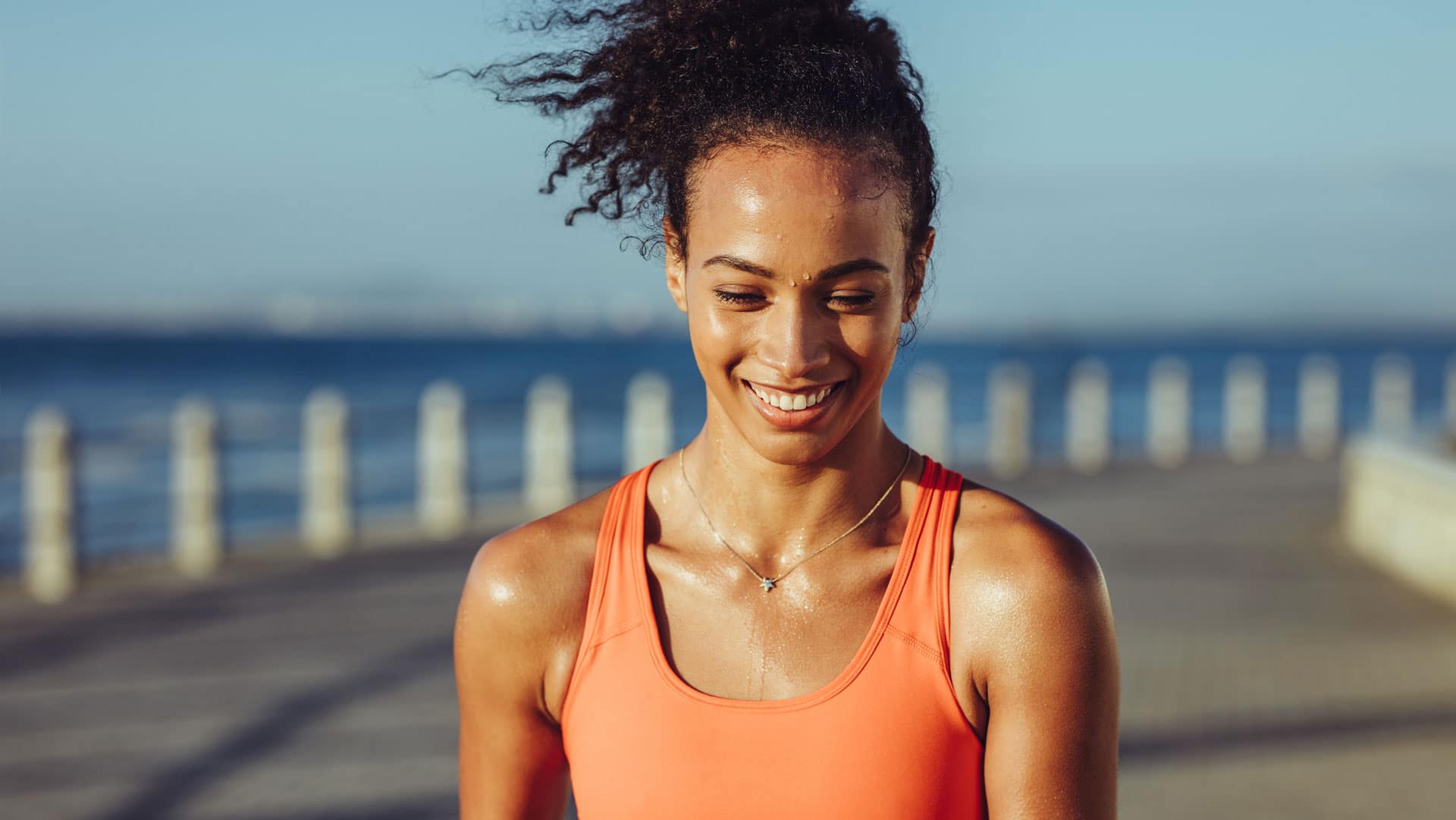